LinkedIn, Twitter and Facebook are still babies. Not even teenagers. Social media appeared quickly. It was fun, but hard to trust, as your favorite platforms disappeared just as quickly as they had arrived (I’m looking at you, Friendster). Many wrote it off as a passing fad; some market trend that would people would tire of eventually. And few early adopters would have seen its business potential. 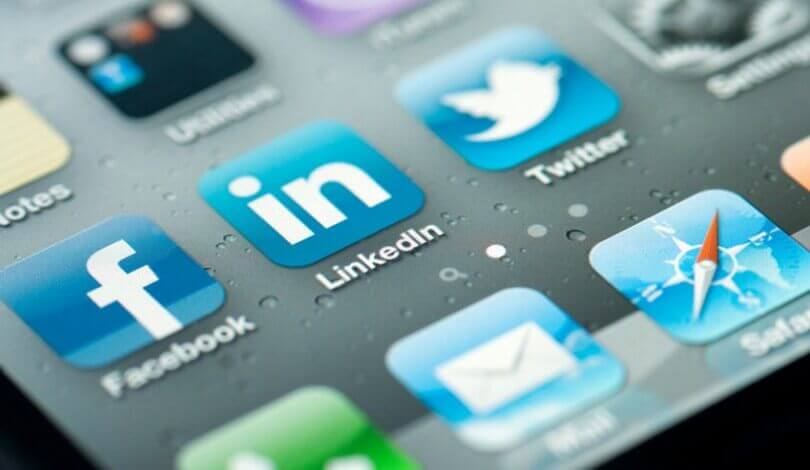 But growth continued, advertising opportunities were created and in 2014 social media advertising spend hit $7.71BN in N. America; 56% growth on the previous year. This year it’s predicted to break $10BN, and by 2017 it will smash $15BN. Why? Because ad dollars follow eyeballs; one third of the world’s internet users are on Facebook. And because social platforms harness incredible data to identify a myriad of audiences to target.

Yes, social media’s a great way to share helpful content, inform and engage followers, and keep your organization top of mind as a thought leader. It’s been this for a while, and improves almost on a monthly basis. LinkedIn, for example, continues to grow as it transforms from social network to B2B content publishing platform.

But here’s a thing; organic reach is not what it once was. As of a couple of years ago, Facebook updated its algorithm so brand page posts became more “relevant.” Or less visible, in that not even all followers see updates. That equals fewer interactions, leads and customers.

Even if all of your posts were visible to your entire follower base, you’d still only reach people who already know and like you enough to have hit your “follow” button at some point. Preaching to the choir, you could argue.

More than ever, utilizing social media’s real power lies in advertising and reach outside your follower-base. Here are a few reasons why.

The targeting capabilities within social media advertising are simply unparalleled and go deeper than any other online digital platform. What it all means is that marketers have the opportunity to increase an ad’s relevance to users, and to know that certain demographics will receive the ad.

Facebook ads allow marketers to target by geography, interests, behaviors, and parental status (even expectant parents!). Twitter offers advertisers targets based on who they follow—your competitors, industry publications, or market analysts, perhaps. The possibilities are pretty much endless. But here’s how they break down:

So the targeting’s awesome, but what else is there to think about?

Conversion tracking
Conversions are the Holy Grail in media campaigns. Driving a user to act in a certain way—signing up for a webinar or buying something, for example—is a conversion, and essential to measure for performance and proving your ad’s value.

It’s always been possible for marketers to measure certain metrics through their own sites, but social media has upped its game with conversion tracking. While it’s possible to track social interactions by setting up Goals in Google Analytics, the level of detail pales in comparison to the insights offered by the social networks themselves. Now you can attribute conversions on your site to social ads in real time—allowing you to adjust and optimize where needed.

Small budgets can get eaten up quickly when using a cost per thousand impression (CPM) bid strategy on the Google Display Network and other similar platforms, but almost all social media platforms offer pay-per-click options. The PPC model means marketers with all sizes of budget can start reaching their target social audience straight away. Not to mention the insights gained from a small PPC test. Which job title responded to my ads the most? Which headline was the attention-grabber? The answers are here, and they won’t break the bank.

Facebook and Twitter are two of the three biggest players in mobile advertising in the U.S. (the other’s Google (not Google+)). That’s right, Facebook made $3.32 billion in Q1 2015 and almost three-quarters of that revenue came from mobile advertising—meaning they control over 70% of all social ad spend. Twitter announced a Q1 2015 ad revenue of $388 million with mobile ads accounting for 89% of total ad revenue—a 72% jump from last year.

It’s estimated that over a third (2.56Bn) of the world’s population will have a smartphone by 2018. Having already overtaken desktop browsing and TV viewing hours in the U.S., mobile advertising now represents the best opportunity to reach people going about their daily lives, and social is leading that charge.

Engaging with followers and targeting the right people is what it’s all about. But it’s important not to lose sight of the fact that you must first know that audience inside and out. Social media sites are most likely one place they hang out, but where else do they spend their time—online and offline? What kinds of offers appeal to them? What types of keywords are they searching?

Marketers who take a one-shot approach with Facebook advertising, for example, and say it failed, are taking too narrow of a view. Social media advertising needs to be just one avenue to reach your prospect base and part of a larger marketing communications strategy.

How to start your career during a pandemic